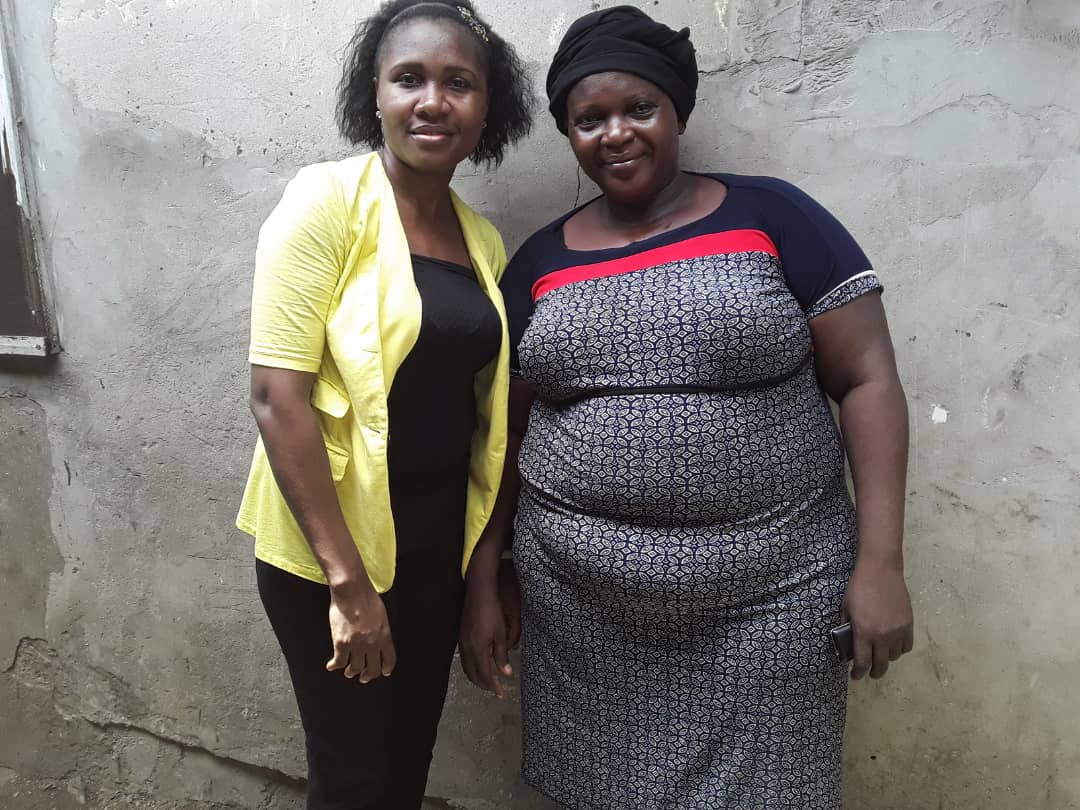 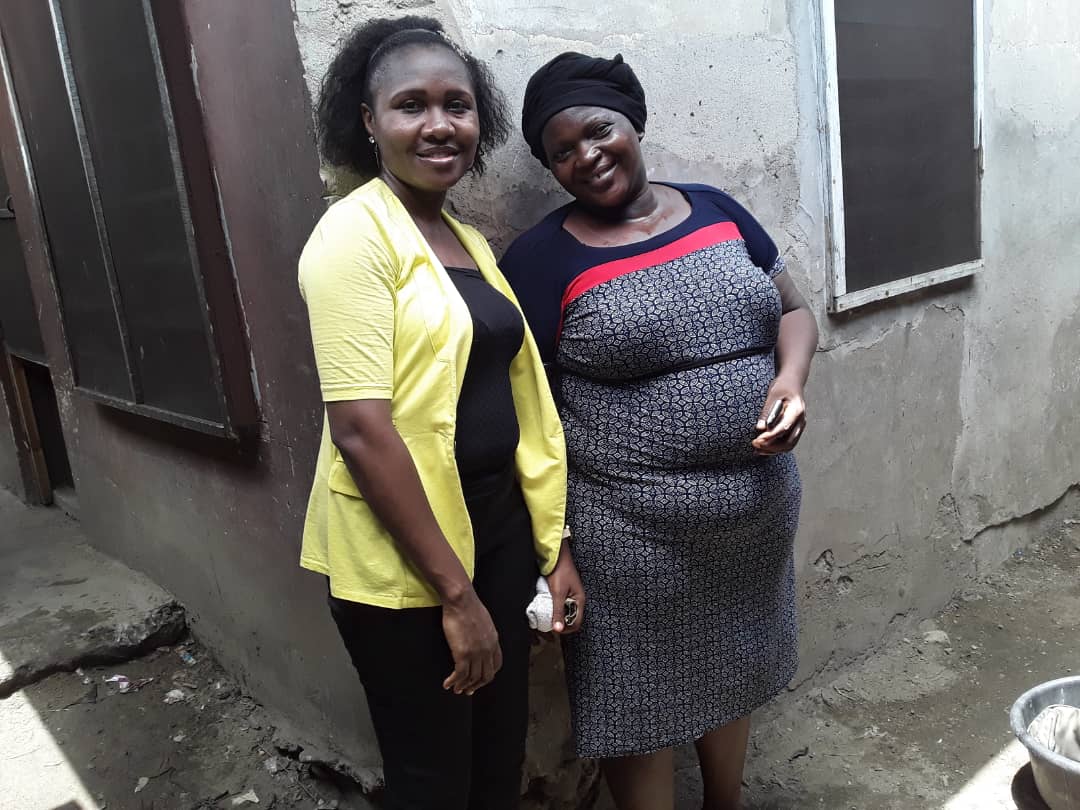 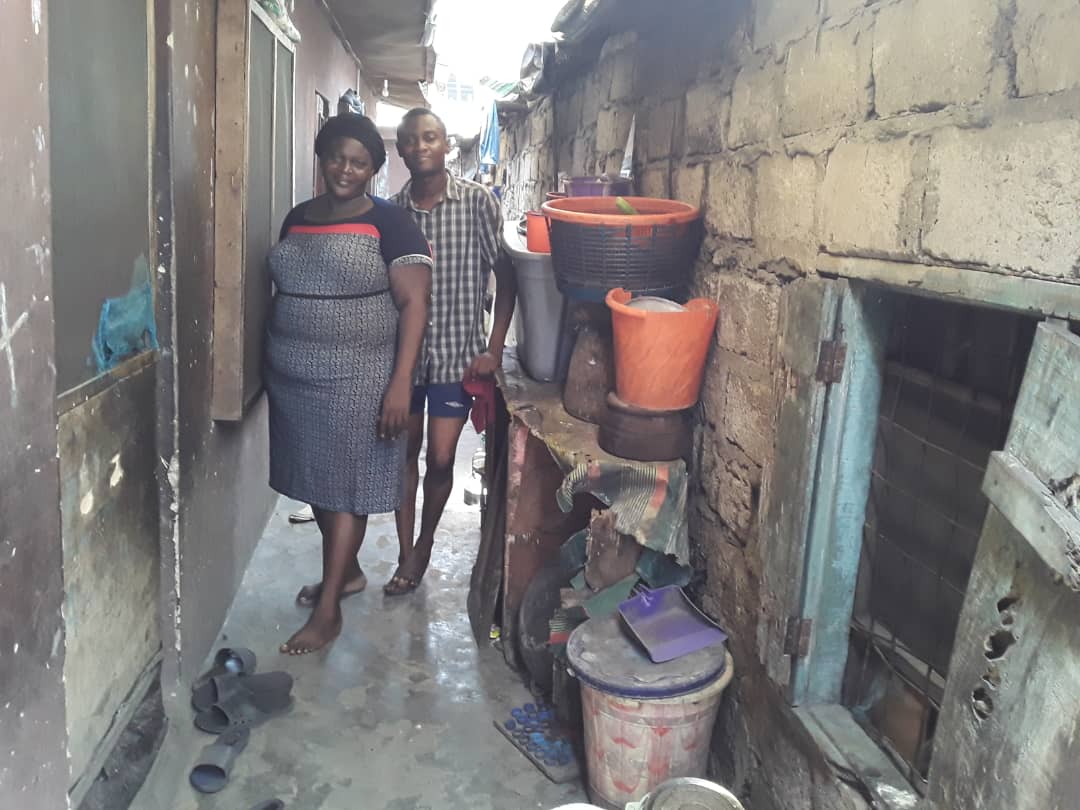 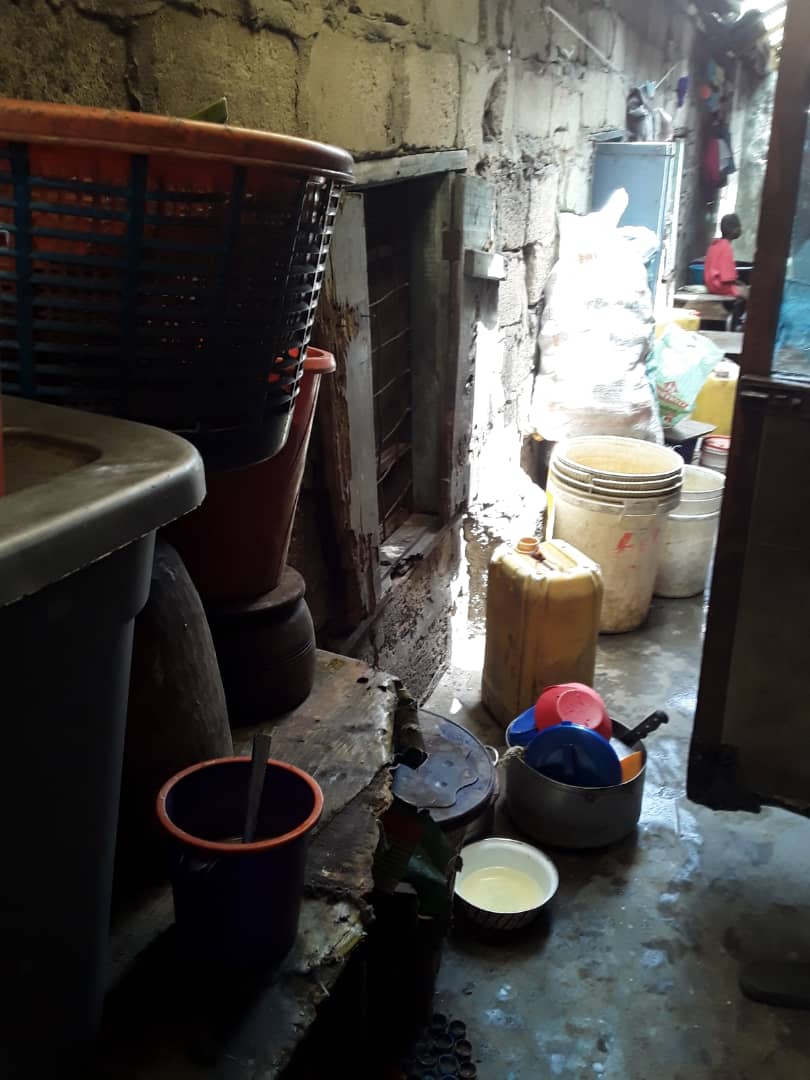 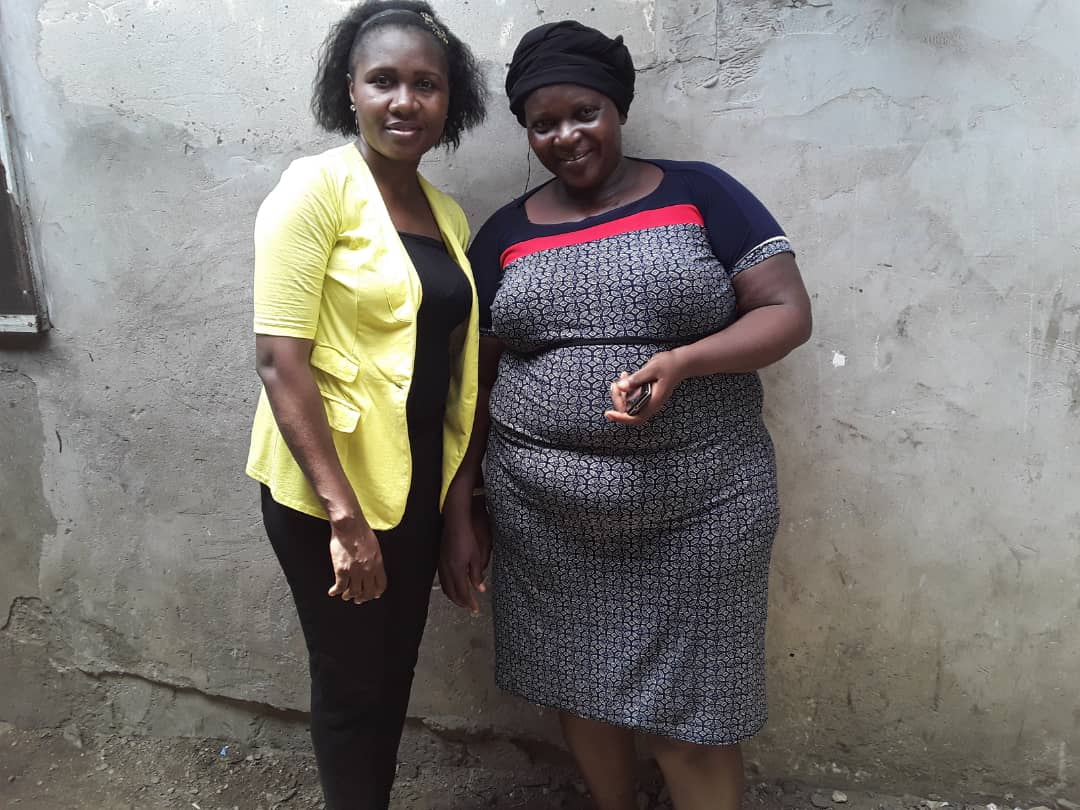 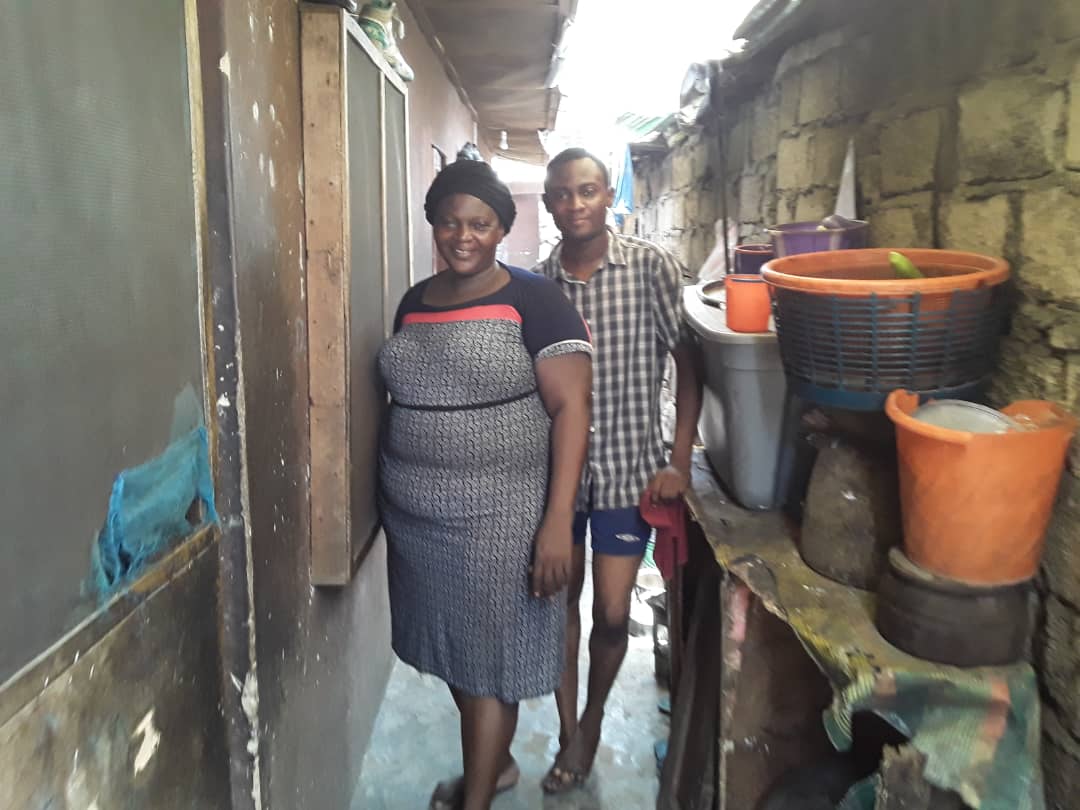 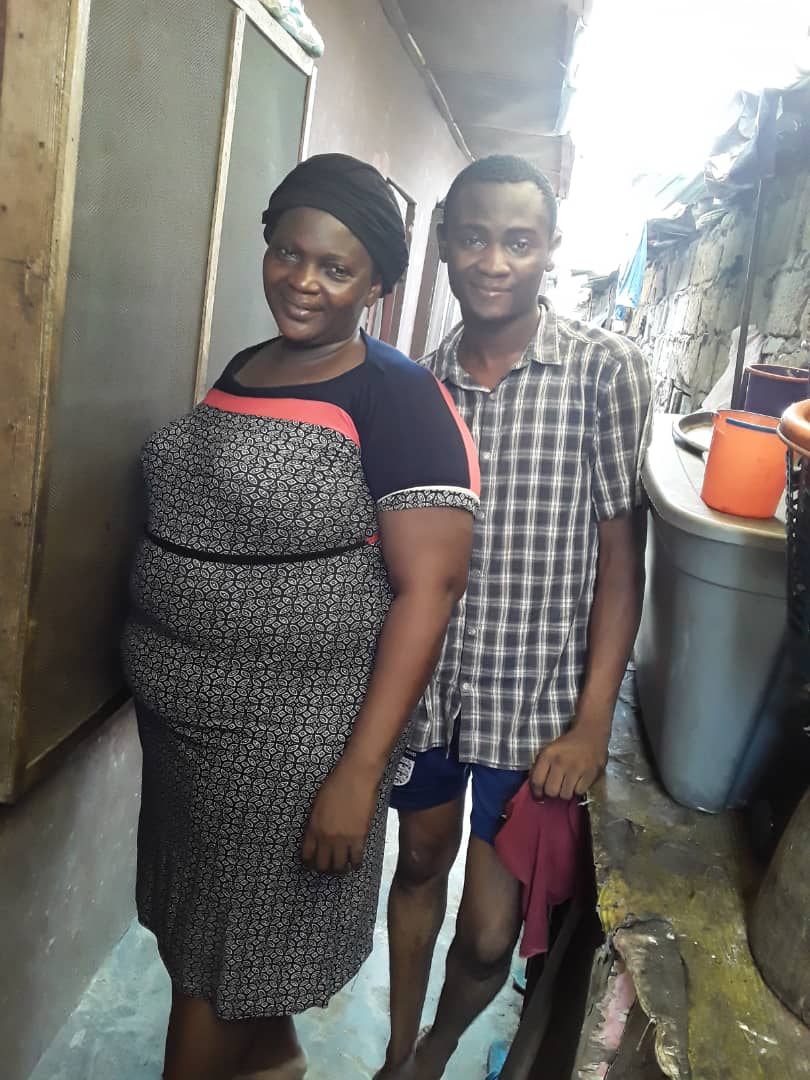 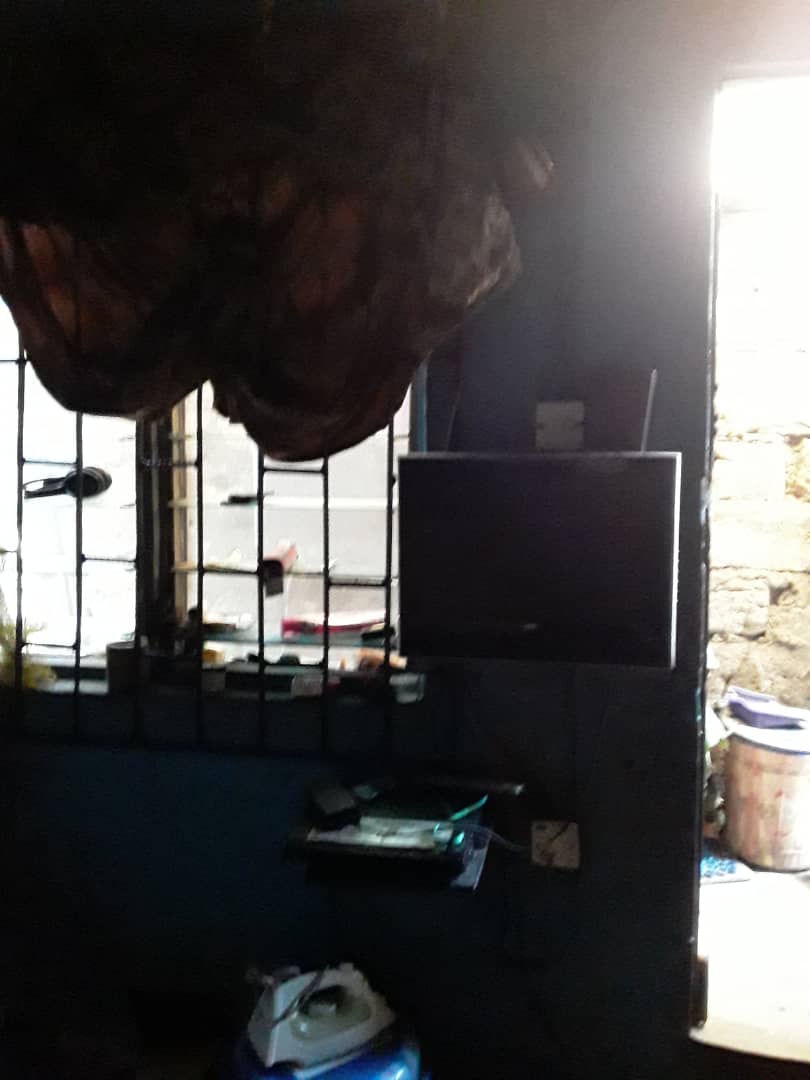 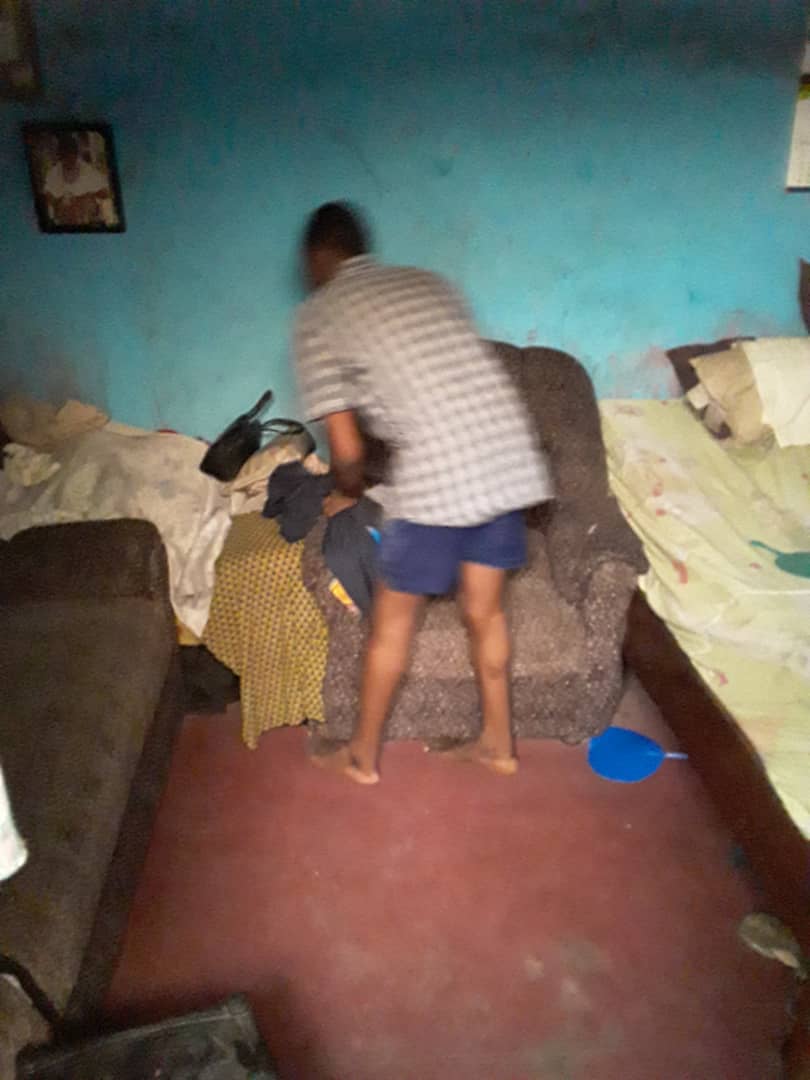 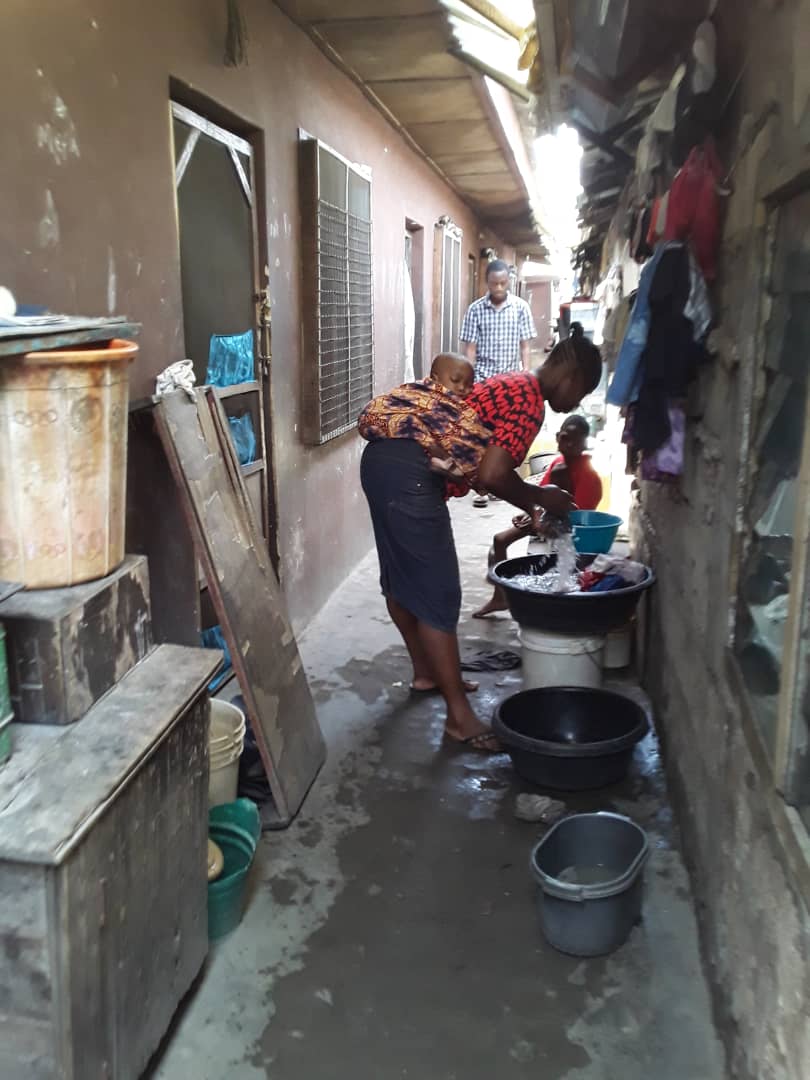 In April 2008, Mrs Gloria Ademu, lost her husband to electrocution. She was left to cater for her 4 beautiful children. WWWFEL, an emerging NGO read about her story in Saturday Vanguard newspaper of October 11, 2008 and took keen interest especially because of the children. On contact with the writer of that story Evelyn Usman, the story was confirmed and provided the widow’s contact and WWWFEL conducted a business and emotional needs assessment and commenced work. Mrs Ademu resides in Ajegunle area of Lagos.

Top on her agenda was her children’s school fees, which we mobilized through friends, second was the expansion of her petty business. WWWFEL provided funding to enable her send her children back to school and subsequently raised more funds for business support. Mrs Ademu is now a petty trader and fends for her family.

WWWFEL representative, Udochukwu Nwankwo sought to know from the beneficiary how she had fared so far. Mrs. Ademu was full of praises and thanks for the Organization for offering her the financial aid, which according to her, was not only very meaningful to her family, but life saving also. She recounted how she was in deep financial mess after the demise of her husband, with four (4) children to carter for alone, and no help coming from anywhere, she went to press.

According to her, she was shocked when the organization contacted her almost immediately and offered to help her expand her business that will at least help carter for her children. She stated emphatically that if not for the Organization’s intervention, she would have relocated to her village in Benue State. It suffices to mention that Mrs. Ademu is so overwhelmed that she informed all her immediate neighbors of the financial help offered her by the organization.

Progress and Impact on her Family

Mrs. Ademu confirmed that she has made considerable progress with her akara, puff puff and fried yam business. She has also added fried potatoes to her sales. The proceeds from her sales have been enough to carter for her young children, as they can now comfortably feed twice daily. Additionally her first daughter has graduated from secondary school, aged sixteen (16) while her three boys are still in school.
Her shop is strategically located at Oba Adebumoye Street Ajegunle, a T junction that has about two schools situated around them. Since her target consumers are school children, she makes very high sales daily, as a result of patronage from students.

Mrs Ademu desires to diversify her current business by adding sale of dry food stuff like rice, beans and ororo (ground nut oil). According to WWWFEL representative Mrs Stella Emeka-Okoli, the organization will provide her with initial bags of the items and wean her from the widow support programme. In time, she will also be invited to share her experience with other widows. She also prays that her husband’s company FRCN will pay her husband’s entitlement to enable her rent a shop and stabilize her growing business.

Mrs Ademu’s advice to the Organization, women and other widows

She advised NGOs organization to continue helping financially troubled souls like hers, especially widows who may be cruelly treated by their in-laws, or forgotten, or may lack support from individuals or Government. She advised women whose husbands are still alive, to help their husbands, and not totally rely on them. She jokingly said that when her husband was alive, she used to tease him that fifteen thousand naira (15,000) monthly upkeep funds for the family was hardly enough. But now, she can even appreciate five thousand as monthly upkeep allowance for her entire family. She remains eternally grateful to WWWFEL, and prayed God to continually replenish them and bless them.

WWWFEL embarked on a journey to visit on of her beneficiaries – her first ever. A humble and good woman, Mrs. Grace Ademu who hails from Ojantele Apa local government area of Benue state. She sadly lost her husband exactly 11 years ago. Mrs. Grace Ademu on seeing the WWWFEL representative in her home, she was filled with untold joy. She stated that all her efforts to get back in contact with WWWFEL proved abortive. When asked how she had been all these while she didn’t hesitate to share her experiences.

Finding Mrs. Grace was a little hard because she had moved out of her former place of residence (33, Ajasa street, Ajegunle) and her petty trading site (Oba Adebumoye street in Ajegunle also), this was due to the fact that the place of residence was an old house and so the owner sold it off. The new owner, then gave all of the habitants a quit notice of eviction. All the occupants were asked to move out and the new owner demolished the house and erected a new building. Mrs. Grace was forced to look for another small place to move into (currently stays in a one room apartment with her 4 children – 29 Mokoya street, Ajegunle). As for her petty trade (frying bean cakes, yam, puff-puff etc.), she said, it was threatening her health so she decided to stop. Right now, she goes to buy fairly used men’s shoes, bags and children’s clothes which she in turns sells by the road close to a market place called boundary in Ajegunle.
Her children Gloria Ademu (aged 25) who was working as an intern with Radio Nigeria (Mr. Sunday Ademu’s former work place) but just resumed a new job and also helps to support the family with her income. She has bagged her Ordinary National Diploma(OND). She would have continued her Higher National Diploma (HND)but for funds.

Joseph Ademu (aged 19) just recently secured admission into Bayero University Kano. Where he initially wanted to study Medicine and surgery but due to the high score aggregate set for non-indigenes, he was offered Agriculture economics and extension instead but still wants to pursue his dreams of becoming a doctor by writing the next JAMB exams. Prior to this, he too supports the family by coaching other young ones (secondary and primary students even JAMB preparatory) privately.

Favor Ademu (aged 15) is presently in junior secondary school (SS2) and he is also learning leather trade (how to make leather products- slippers, belts etc.)  And finally Destiny Ademu, the last child (aged 12) is in basic six and would take his common entrance exams soon.

Back to Mrs. Ademu, she has been doing quite well for herself by God’s grace, having changed her line of business. She doesn’t have a shop (due to the high rent rate all over Ajegunle area of Lagos) so she gets up very early in the morning, gets to the boundary market, finds a place on the ground and displays her wares, sells till 9am -10am and heads home, returns the leftover from the sales, if any then dashes out to go look for more items to buy that would be sold the next day. This is what she basically does to make ends meet. If she had access to more funds, she will increase her purchasing power thereby increasing the daily returns which will in turn help with their upkeep.

Concerning her husband’s entitlement from Radio Nigeria, that hasn’t been paid. All paper work necessary for the processing have been submitted and sent to Abuja since 2 years now, it’s still not been released. Thankfully and miraculously, God helped them acquire a piece of land in Mowe area, on the outskirts of Lagos under her husband’s name which he paid for duly from a committee setup way back before his demise.

Her heart felt prayers to WWWFEL is that as a widow she might not be able to repay WWWFEL but God Almighty will pay them immensely and she said she always tells her children that whenever they become great in life they too must in return help people that need help, widows too, because WWWFEL helped a great deal when they thought all hope was gone.

Her advice to other widows is that that should trust God and that He alone is the Greatest Helper and they should be good and remain humble.